You are using an outdated browser.
Please switch to an up-to-date browser (e.g. Microsoft Edge / Firefox / Chrome / Safari) for an optimal display of our content.

goFLUX has set itself the goal of reducing urban traffic volume, emissions and reduce costs for road users. The goFLUX platform wants to connect people in their area so that they can find a lift flexibly and at short notice. Other providers of such platforms target longer-distance travel which is planned early. In contrast, the innovate idea of goFLUX focuses on short rides in the city and commuter traffic. The platform is initially marketed as a white-label solution to large companies whose employees can form flexible car pools for their way to work and private journeys.

The first version of the goFLUX app was developed by an IT service provider with offshore resources and was made available after a short time for first practical tests in cooperation with the universities of Bonn/Rhein-Sieg and Ingolstadt. Besides interesting findings on user behavior, the test revealed need for improvement in the stability and technical quality of the app. Thus, a partner had to be found who has expertise with Java backends and native apps for iOS and Android. The development team size should also be flexibly adaptable in order to be able to support development work in the longer term. A planned launch with the first business customer set an ambitious timetable. 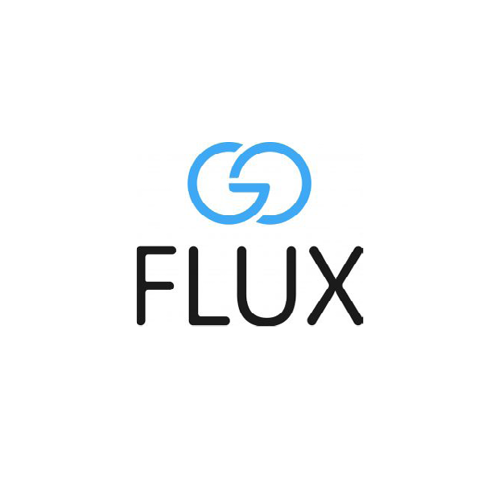 The common focus on high quality standards in software development was an essential prerequisite for the reliable functioning of the carpooling app.

After initial talks in spring 2019, the collaboration began. A cross-company, agile team was set up quickly: cronn started with the analysis of the existing code while the goFLUX team, as product owner, prioritized the most important features for the launch. The joint decision was made to improve the backend and the android app based on the existing code. On the other side, the iOS app had to be developed from scratch. The map service provider used for navigation and map display was also replaced. To improve stability and as a basis for future agile and continuous development, the code was extended by extensive automated tests. Furthermore, cronn implemented two web interfaces: an administration panel for goFLUX for the management of platform customers and a dashboard for B2B customers of goFLUX for internal evaluation of user statistics. For the operation of the backend cronn recommended the use of AWS. This makes the platform well prepared for dynamic workload and a rising number of users.

By joint efforts, it took just a few months for the planned launch with four Düsseldorf-based major companies to be a success in December 2019. A branded version of the app ("route D") was delivered to the companies and their employees. Thanks to the extensive improvements, the app is now well suitable for daily use. Thereby, cronn also took care of details like the optimization of the data consumption of the app and further development of the algorithm for automatic calculation of possible meeting points for the passengers.

Due to the test coverage and the scaling possibilities in the backend, the solution is now ready for the expansion of the user base with further cooperation partners. Of course cronn will continue to accompany this path as IT partner, coordinate requirements and priorities with goFLUX and expand the platform gradually with new features.

Review and modernization of the existing solution

Adaption of the team size as required at cronn

Is there a project in which we can support you?
Contact us

Note: This text, including all citations, has been translated from German.

In close collaboration with cronn GmbH, we were able to get the prototype of our goFLUX carpooling app ready for the market.

To the project overview
back to top