You are using an outdated browser.
Please switch to an up-to-date browser (e.g. Microsoft Edge / Firefox / Chrome / Safari) for an optimal display of our content.

The Freie Universität Berlin belongs to Germany’s top universities, the so-called “Exzellenzunis”. In research and teaching it works in close cooperation with the other two Berlin universities, as well as the world renowned Charité. Its focus on internationality remains lively thanks to circa 100 university partnerships, circa 330 Erasmus cooperations, ca. 45 institutional partnerships and 5 worldwide liaison offices.

Such an international strategy allows for a diversity of collaborations in group and network projects, as well as a wide variety of external resources. The Freie Universität’s main research topics are organised in different structures, for example, interdisciplinary networks, excellence clusters and research centres; concurrently the FU Berlin puts great emphasis on transparency in both the research projects themselves as well as their institutions and funding authorities.

All externally funded research projects at the FU Berlin were managed through a central database, running in an SAP product. For full transparency, a directory of all externally funded projects was also made available to the general public. This was accomplished through a web interface on a sub-page of the FU website. This, as the database itself, ran on a standard SAP product, and worked by directly accessing the operating project database every time a search was initiated from the user interface.

This made the UI both slow and unsafe, rendering the database vulnerable to tampering. Additionally, the interface did not meet modern web design standards, being suboptimal in usability, accessibility, and responsiveness, thus making it difficult to use on mobile devices. The application was to be updated to bring it up to the highest standards of usability and safety, as well as creating a modern and responsive UI design in line with FU Berlin’s corporate design. 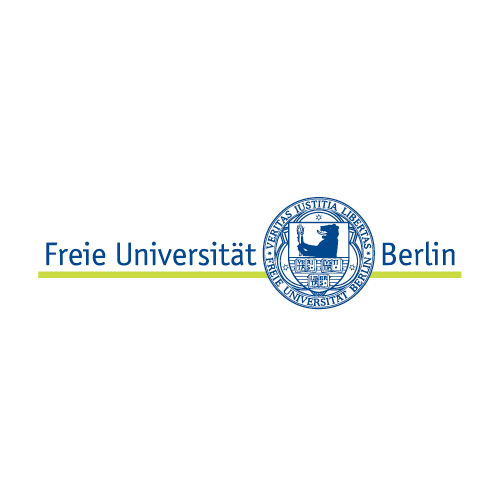 Using advanced expertise and constructive suggestions cronn has developed and implemented a web application. Continuous communication between the cronn team and the FUB allowed swift implementation of both current project specifications and, within the framework of a support contract, further adjustments. We are very happy with the result, as well as with the good and straightforward collaboration.

The cronn team began by designing an IT architecture which would reflect the data pool of the current SAP database, but in a PostgreSQL database. To achieve this the team developed a reading interface to the SAP product. This interface was tasked with comparing both databanks at regular intervals. Thanks to the close cooperation between the teams of the FU and cronn, the port on the SAP side was set up in a way which disclosed only data relevant to the general public. Performance and security were increased thanks to the web interface no longer having direct access to the operational project databanks.

The next step involved our team of web developers and UX designers creating an operational mock-up. This clickable design held all necessary components to simulate all steps from the first search to the final result. This mock-up created a basis for talks with the FU Berlin and served as a template for further development.

Thanks to this agile process the application could promptly be installed in its target environment. The officials at the FU Berlin could track every step of the development process practically live. Throughout the cooperation every step would be discussed, and the FU could directly test new features. 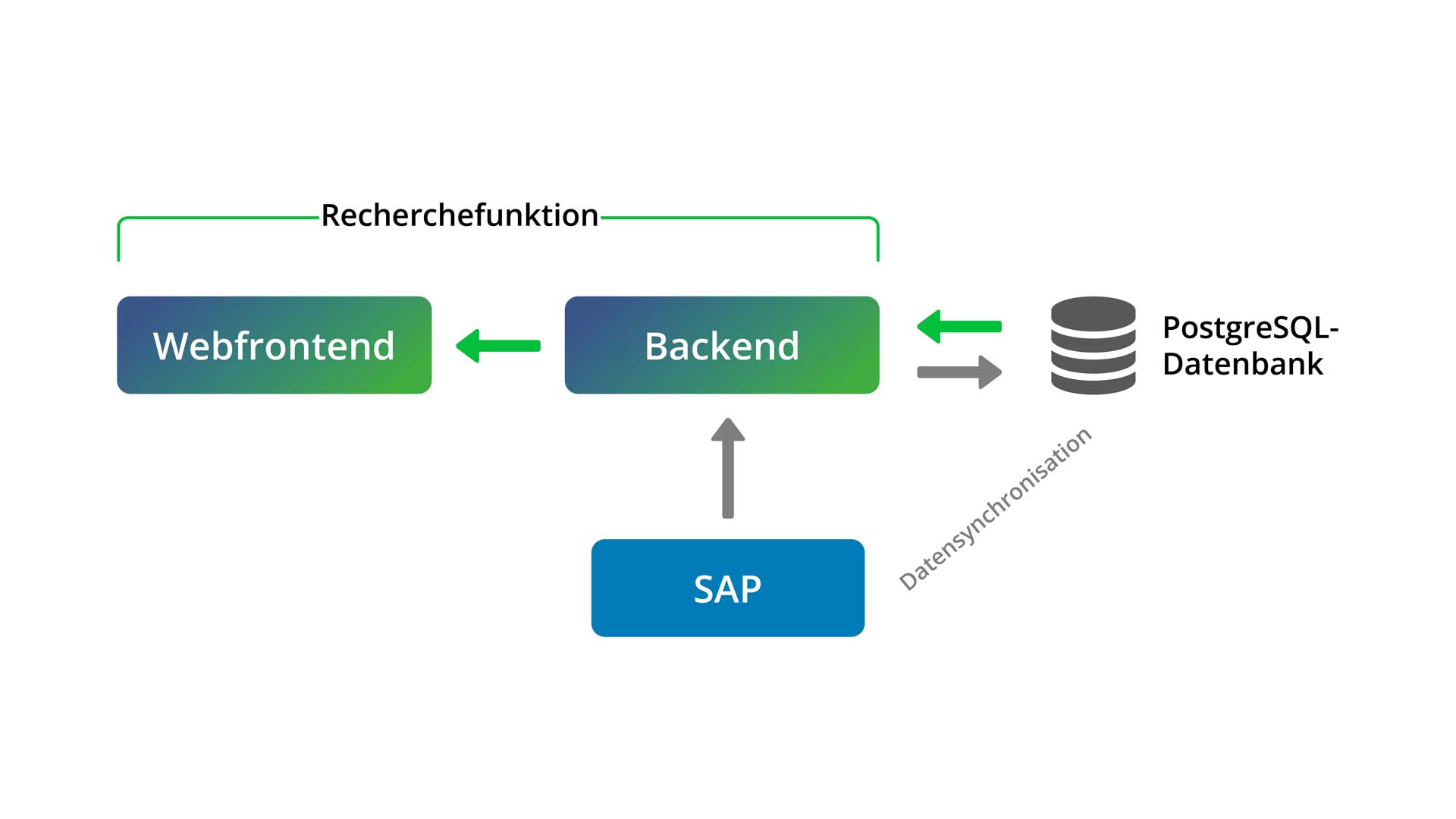 Interaction of the web application's components

The result of this project is a modern, secure, high-performing and publicly available web interface for the research database. The UI’s design is integrated seamlessly into the FUB’s online presence. The search function offers a multitude of useful features and is intuitive in its operation, thanks to which users with no previous knowledge of FU Berlin can efficiently use the filtering options to collect and print (or download) any data of interest.

cronn brought to the table all the expertise necessary for the completion of this project. This allowed us to create an appealing and effective web interface while simultaneously setting up the SAP reading interface, as well as installing and launching the application on FUB’s own servers. On top of this we continue to support the FU Berlin beyond the launch.

Expertise throughout the entire project

From designing the UI to automated data updates

Changes and adjustments are easy and quick

Is there a project in which we can support you?
Contact us

To the project overview
back to top